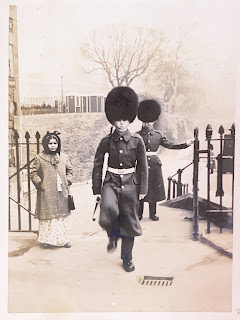 Here Amma is photographed with the Beefeaters, having a Legacy of over 900 years – the ceremonial guards of the Yeomen Warders of Her Majesty's Royal Palace and Fortress, the Tower of London

Later in Trivandrum Amma appointed Unni, a deaf and dumb  young man  to help her in some odd jobs. The weird excuse for appointing him was that he had my brother’s pet name and my brother used to know him in the University college. The Dumb Unni, as he was addressed, used to maintain the tennis court in the University College grounds, dragging a heavy stone roller up and down - A heavy price for being deaf and dumb, yet always light on the feet and in mind, smiling all the time. 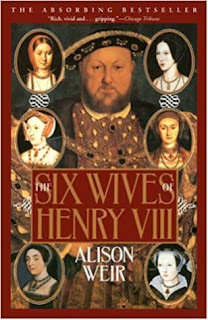 Chandrika’s anecdotes continue in her own words….. In the final year of my under-graduation program studying English literature I had to read a bit of British history. While I was sitting in the verandah and reading Henry the VIII – a book with a splashy  cover of Henry the VIII, this guy came in front of me and started dancing a waltz and pointing  the book in my hands. I did not comprehend  head or tail of his actions. Though he could not hear or speak he was literate. He took a pencil and paper lying near me and wrote that he saw the movie and that this King had eight wives.T o confirm this fact he was dancing the waltz as though he had his paramour within his embrace!! Of course then it struck me that the movie he saw was Anne of the Thousand Days ..

So Unni knew the Queen Anne Boleyn and her fate and for me I own the copyrights of a beautiful episode in Potten Unni’s ( deaf and dumb in Malayalam) life.

We wondered at the casual manner in which a physical disability was perceived by the society in those days… we used to refer to the people around us as…. the lame Krishnan, Potten(Dumb) Unni and it didn’t bother them nor anyone else much… for they were loved and respected in our household. We had a symbiotic relationship with mutual respect and affection for each other.

What has Anne Boleyn got to do with our tourists? Just a moment - The story is only slowly unfurling  still… 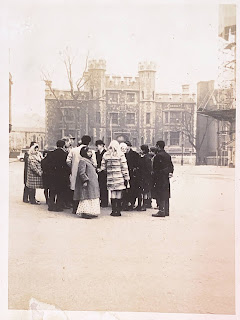 The visit to the Tower of London was an unforgettable event; not for the visitors alone, but for us back home too. Here Amma is seen with the group of tourists visiting the Tower of London. There seems to be a guide: Achan would have paid scant attention to the guide, preferring to take photos :

“-Madhavi," said Achan "did you understand the guide’s presentation?"

-"Yes," replied Amma "she is talking about Kohinoor diamond. It’s in there somewhere. Then about this old building. What is there to talk so much?" 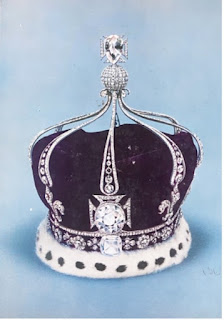 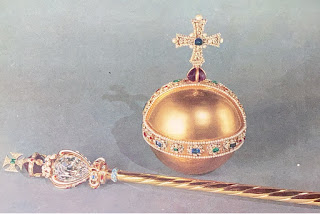 Apart from the Crown Jewels, the symbols of the monarchy– the World’s largest ever diamond, the Kohinoor, the orb and the sceptre there still are ghosts – the ghost of Anne Boleyn armed with her own head in her arms, the ghosts of the Princes whom Richard the Third, it is believed, caged alive, inside the walls of the fortress and whose skeletons were discovered not long back – only in the last century, and the ghost of Jane Grey, the 17 year old Princess, not to forget a big bear often seen around and probably those of about a few hundred  others who were executed  there reported to be roaming inside its walls ! 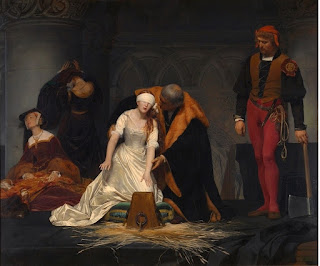 Lady Jane Grey, Queen of nine days was executed and the French painter, Paul Delaroche took the artistic license to paint the execution on a guillotine like the French King and nobles. However, she was not beheaded in this way but in the open air in a part of the Tower yard called the Tower Green. This princess, being the great grand-daughter of Henri VII and a Protestant, it appears, became the most compellingly tragic queen in Tudor history. She had been enthroned over Mary Tudor, daughter of Henri VIII discussed above.
Mary Tudor, a Catholic, dethroned and executed her cousin.

From the mysteries of the origin of the Tower of London…from the French King  William the Conqueror  who presumably brought architects from Caen in Normandy on the French coast to build this fortress to the English architects Gundulf of Rochester and William Vertue as the Wikipedia reports, to the six living black and ominous  Ravens, who will continue to be present in the Tower, so it is claimed -  till -  if ever - the fall  of the kingdom, the timeline is riddled with imagined and real tales of awe, fear and wonder. 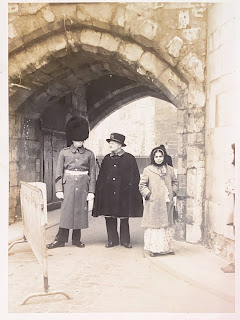 Let’s get out of the dark and wailing spaces of the Tower into the guild Hall and the military ceremonies of the changing of Yeomen Guards..

As the change of guard takes place once in two hours, much time would not have been wasted; but to think that they are the sentries  of the Royal Mint and of the Jewel house apart from the residential palatial areas it is not a wonder that such safety measures are taken: however, if Achan and Amma had visited it at night, they would have been able to see the Ceremony of the Keys when the Tower of London is locked for the night.

Coming back to the journey of the team of Engineers and Amma, they did not spend time visiting various tourist sites. It appears that Achan and Amma had taken a regular tourist bus to cover the journey for the tour of London. 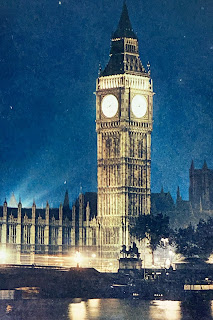 St.Paul’s, Big Ben, St.James’ Park & Buckingham Palace (one photo and other post cards from Achan’s collection) : the  list though not exemplary, still within a limited time they were making history.  The visits to other open spaces of Piccadilly square and Trafalgar square as well as the Royal residence of the Buckingham Palace – were shared by Chandrika and her family after a lapse of nearly fifty years, though they somehow missed the Tower. Whereas today’s tourist spots of the London Eye, Madame Tussaud, the wax museum and the Aquariums, which she visited, never appeared on our parents' horizon. 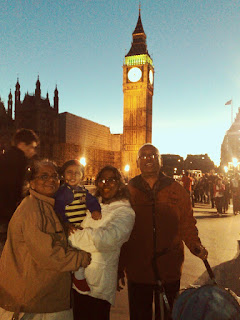 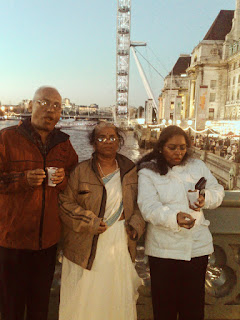 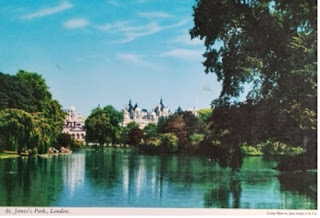 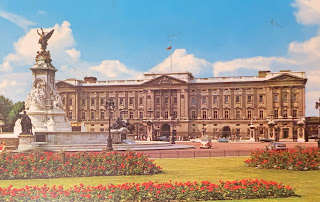 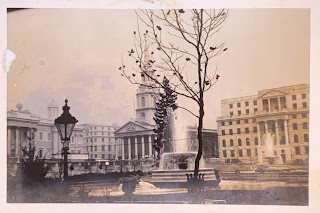 The three-day London sojourn packed in more historical and familiar spots would have excited Achan immensely. It would have been like a confirmation of the spots  and links that existed in his consciousness  and  which seemed to have acquired a physical avatar during these visits.

As in the earlier centuries, when London was the hub of activities for emigration to the USA, Achan and Amma traced the same route to the continent of North America, with undoubtedly a different objective and by flight to New York.